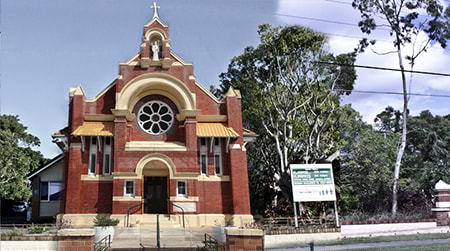 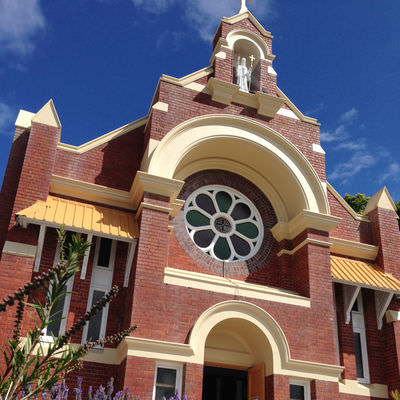 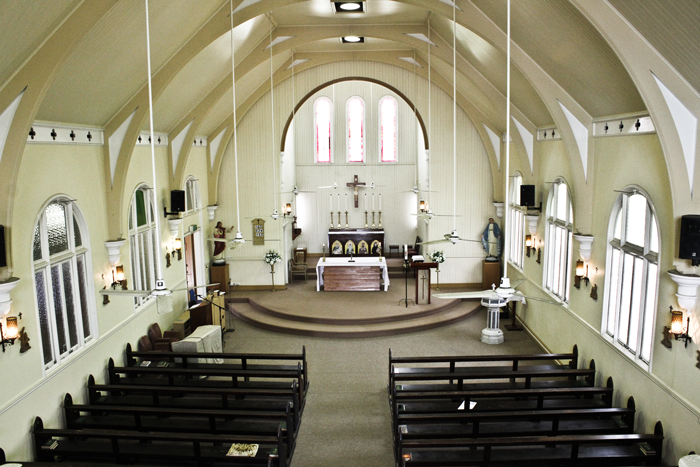 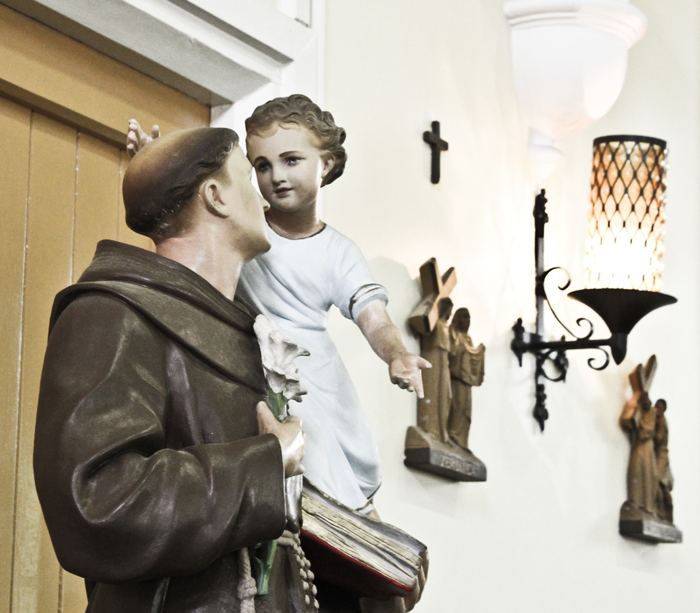 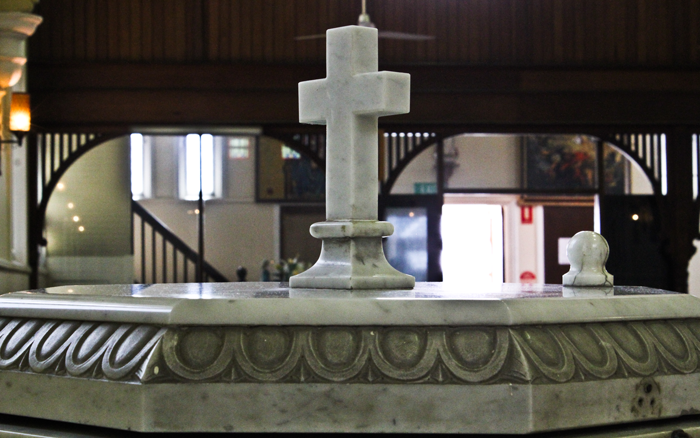 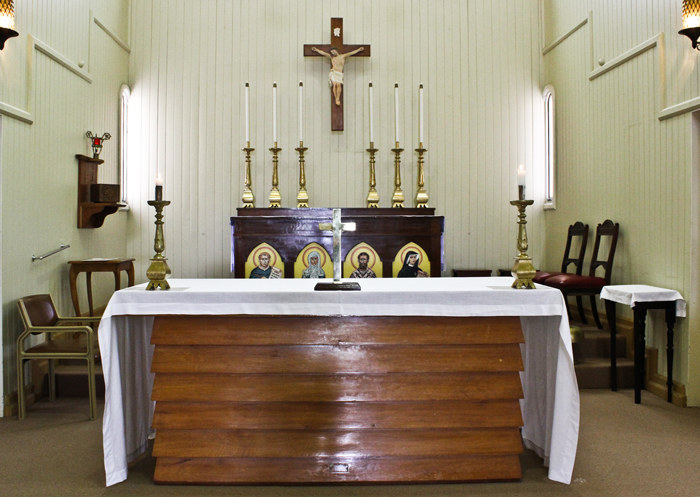 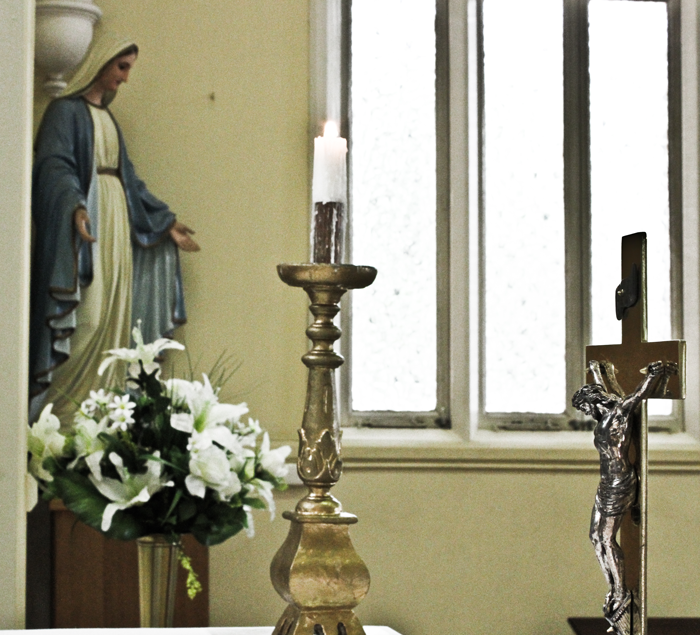 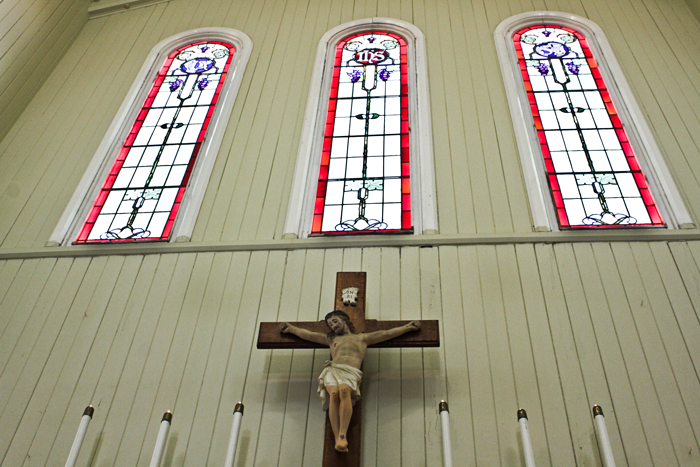 Please click on the images above to view a larger version and/or slideshow of the images
Archbishop Duhig opened St Benedict's Church, also known as the Father Breen Memorial Church, on 12 August 1917. It was the second in a series of Catholic churches designed by G.H.M. Addison.

Several additions have been made to the church of St Benedict's in the decades since the construction of the church. A primary school, run by the Sisters of the Good Samaritan was opened by the Apostolic Delegate, Dr Cattaneo, on 29 January 1929. A convent and presbytery had also been built by this date. The need for more land was eased by the bequest of Mr W. Naughton who left his entire estate to the church. As Archbishop Duhig noted when he blessed additions to the school in 1939, "other parishes had property to give away but in East Brisbane the district had been very settled before their arrival".
​
The church was painted and altered in 1974, when a "colonnade" was added to the eastern side of the church. Other changes included rewiring, a new public address system and a new glazed screen. In 1980, due to the scarcity of priests and the need to staff the new parishes of Brisbane's developing suburbs, the parish of St Benedict was reamalgamated with St Joseph's Parish at Kangaroo Point.
St Joseph's Church 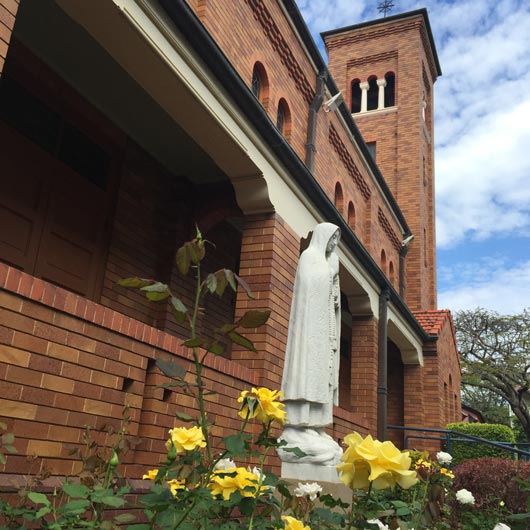 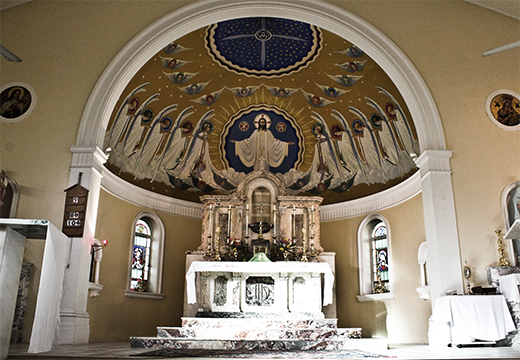 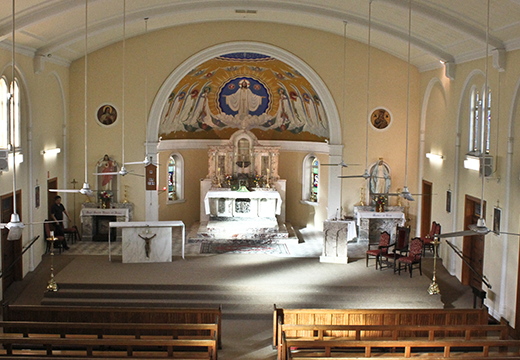 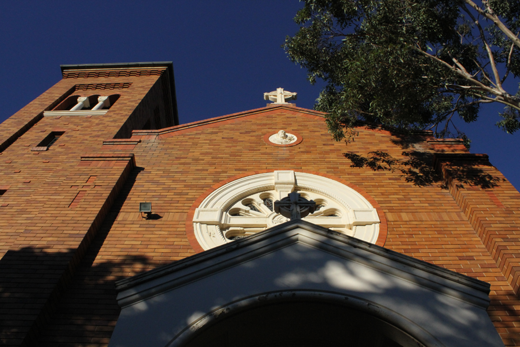 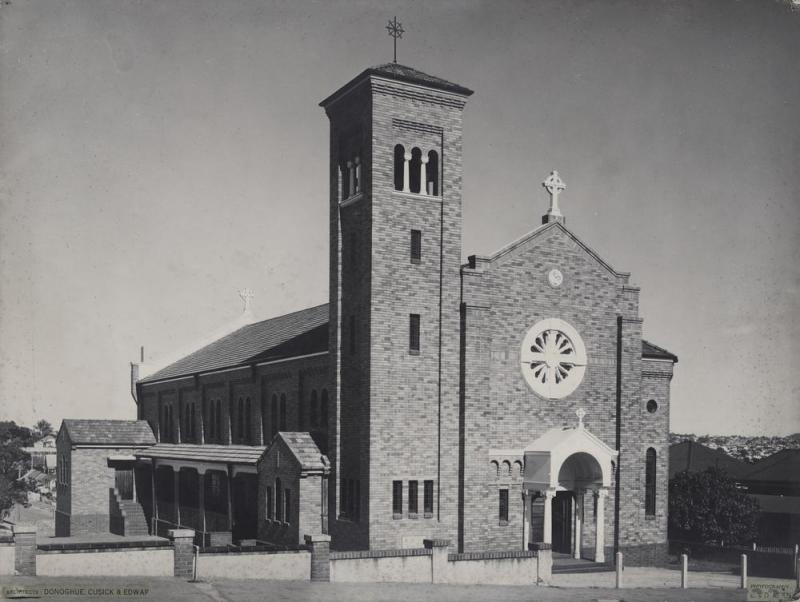 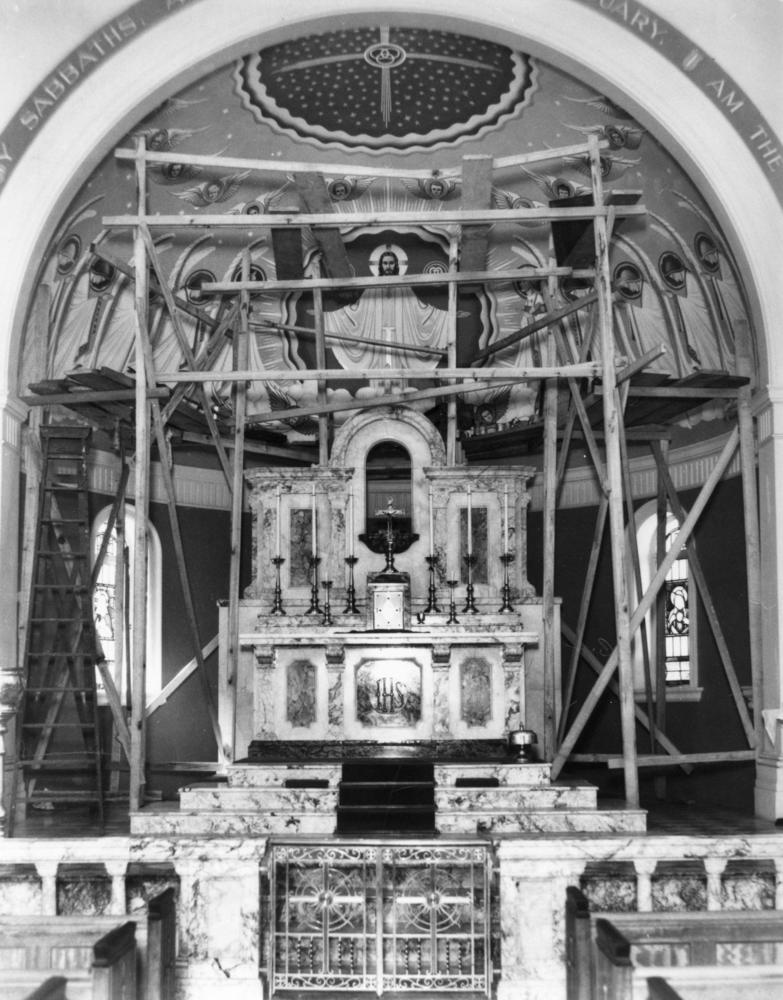 Please click on the images above to view a larger version and/or slideshow of the images
St Joseph's Church is the third church to be built on this site, continuing a tradition of more than a century of Catholic worship at Kangaroo Point. It was opened and blessed by Archbishop Duhig on 29 September 1940. St Joseph's was the forty-sixth church opened by Archbishop Duhig since 1912, continuing his mission to provide suitable churches for the Catholics of Brisbane. Romanesque in style, the church was designed by J.P. Donoghue, of Donoghue and Fulton.

Prior to becoming a parish in around 1880, Kangaroo Point was included in the parish of St Stephen's Cathedral. St Joseph's is significant as the "mother parish" of several other parishes, including Coorparoo (1913), Annerley (1916), East Brisbane (1917) and Buranda (1937). The first church at Kangaroo Point was a timber church-school built by parishioners on a large block of land in 1886. A stone church designed by the renowned Italian architech, Andrea Stombuco, was opened in 1887 by Bishop Robert Dunne. The school was established by the Sisters of St Joseph in 1881.
​
The church bell in the tower had been presented in 1929 by Dean O'Connell, the second parish priest of St Joseph's, in memory of his mother. Gifts for the new church included Australian marble, used in the High Altar and reredos, given in memory of T.P. Morahan. A feature of the church was a large rose window depicting the four apostles.